Cuba And North Korea Does Not Sell Coca-Cola

Gaurav
posted on 2 months ago
520
views
News
Cuba And North Korea are the two places in the world where you cannot buy Coca-Cola.

One of the better drinks to keep you fresh is Coca-Cola. North Korea and Cuba are the two places that do not sell Coca-Cola. It is because these countries are under long term US trade embargoes. Coca-Cola is banned in these countries as they support some other US brand and the person seen drinking Coca-Cola receives punishment. In fact, if anyone sees displaying Coca-Cola in their shops, people refer them as a smuggler and they put charges of smuggling on the shopkeeper.

Coca-Cola has a long history, starting from the war. How the drink was distributed to the troops of the army to make them fresh during the war. During the cold war, it became the symbol of capitalism and a faultline between capitalism and communism. 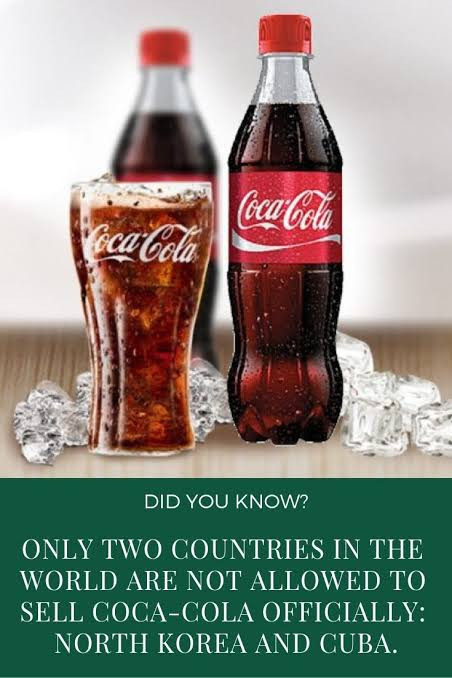